After the gable ends were cut, things went a bit quiet. I got up and dressed early the following day, in preparation for the builders’ arrival… but they never arrived. In fairness to them, they had left a note to that effect – only they’d pushed it through the letterbox, from where it had fluttered down into a dark corner, landing face-up, and looking for all the world like a scrap of paper that had missed the adjacent recycling bin.

After spending that evening muttering about their failure to appear, I decided to have a lie-in the next day (Saturday) – only for the builders to arrive while I was still in bed. I got up, dressed, and headed downstairs… just in time to see them leaving. They’d only come to pick some tools up.

Sunday yielded a phone call to say that they would definitely be on-site on the Monday. I arose early the following day, but quickly (and correctly) surmised that the weather was too bad for any work to take place.

So it was Tuesday before work resumed, leading to the addition of joists the beginnings of a flat roof, and some holes for the roof lights: 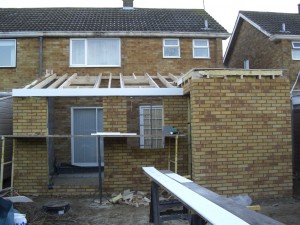 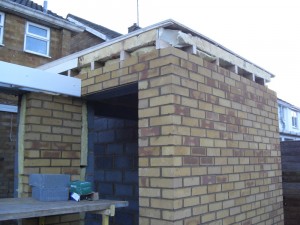 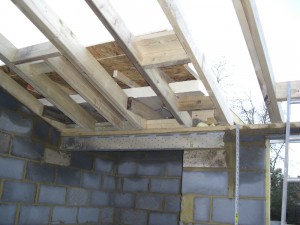 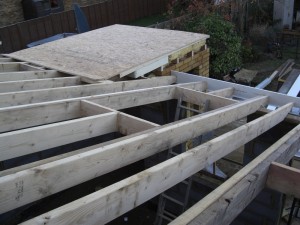 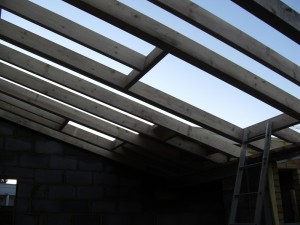 Next time: The great door debacle…