Tuesday fared a little better – but only a little. As far as I could tell it was primarily a day of fitting some insulation into the roof space, and not much else: 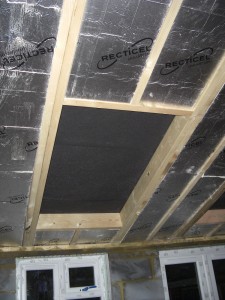 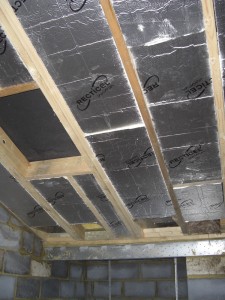 Wednesday arrived and things started to speed up. Not only did we get the beginnings of the stud walls, but the electricians were also on site to begin their first fix: 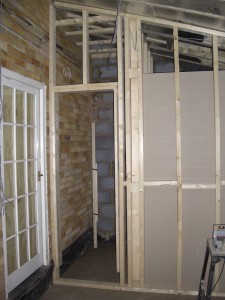 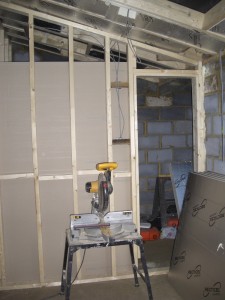 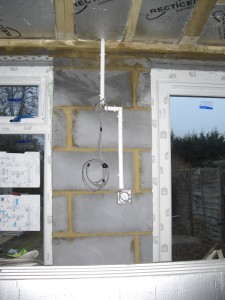 Thursday was a particularly busy day with two builders, two electricians and three roofers on site. The kettle’s never been so busy! The stud wall and ceiling received some extra plasterboard, and the roof started to look… well, like a roof: 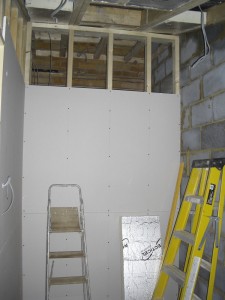 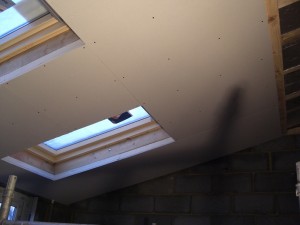 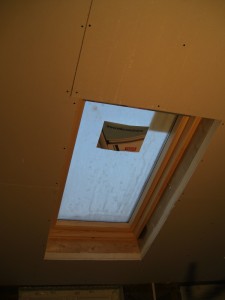 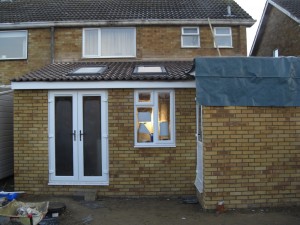 Still in need of some lead flashing, though: 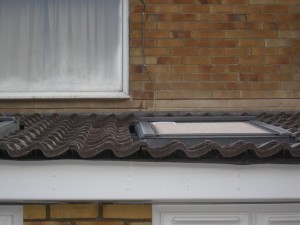 Next time: I join the workforce for a day…