Finally the time had come to break down the boundaries between the work taking place on the extension, and the inside of the extant house. Before this point we could close the doors on the new work and separate ourselves from the dirt, grime and noise of the building site. But now it was time to begin the task of integrating the new building into the old one – and that meant removing the doors. A couple of dust sheets were hung to keep the worst of the dust from invading the house (though plenty still did), but they did little to abate the ingress of the damp, cold air from the site. 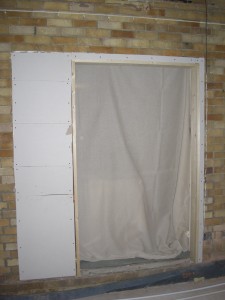 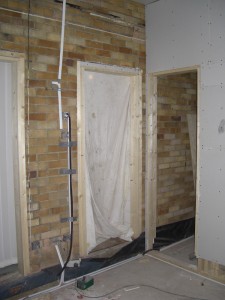 As the temperature outside plumetted on the way into winter, so the extension sucked more and more heat out of the house. Keeping warm became a constant challenge, until we finally broke down and invested in an electric blanket.

Still, at least the replacement window was providing a much better view of the garden. 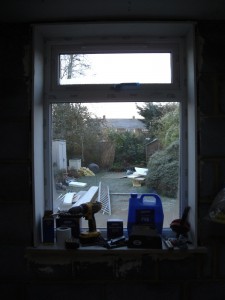 The next two days were taken up by plastering. 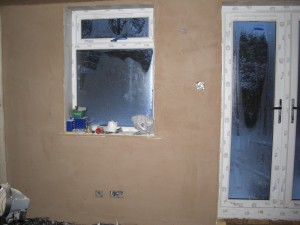 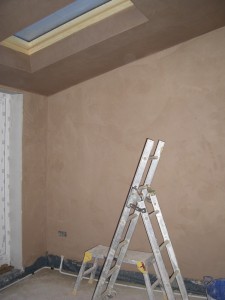 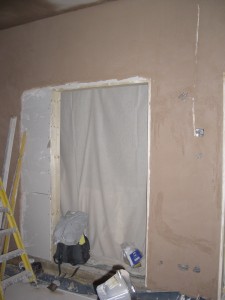 While the plaster was starting to set there was little work that could be done inside, so the builders turned their attention to some jobs outside. In truth I think it was because the coldness of the house and extension, combined with the extra dampness of drying plaster, made it more comfortable to work outside than in. Whatever the reason, they first added the gutters and drainpipes. 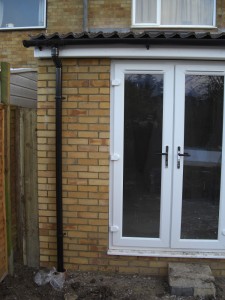 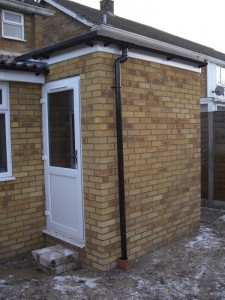 And then replaced the fence panels that they’d had to remove during the earlier stages of construction. 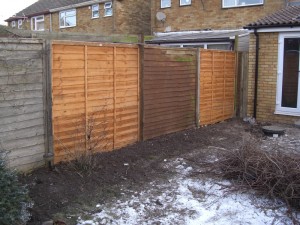 Finally an update on how the garden was looking at the tail end of November. 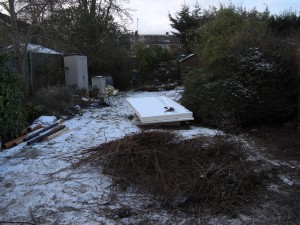 Next time: Work on the floor begins…