During the course of Monday the sand was compacted, the damp-proof membrane added, and the concrete slab poured: 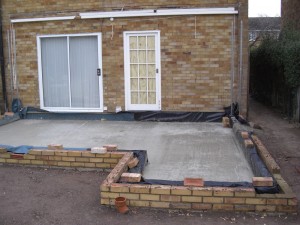 The rest of the garden, meanwhile, started to look almost normal again: 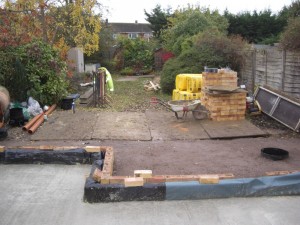 On Tuesday morning a small army of workers arrived – four bricklayers, the foreman and another builder. The latter two were just there to ensure the brickies were clear on what needed doing – but that still left four of them building the walls while I was at work. By the time I got home, most of the outer walls were in place: 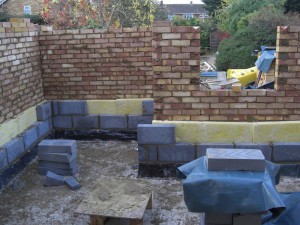 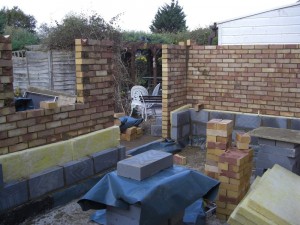 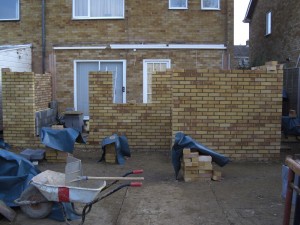 Now I could really start to get an idea of what the final building would look like. On Wednesday the bricklayers were back, and almost brought the walls to completion: 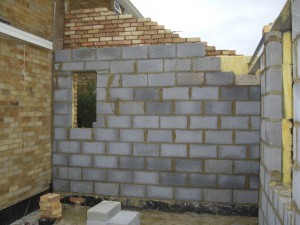 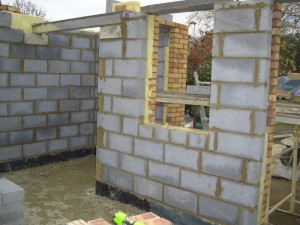 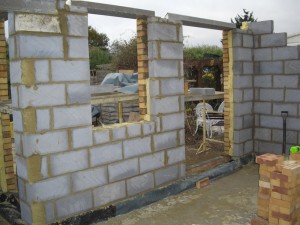 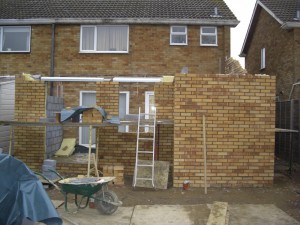 With the walls and lintels in place you can see the detail of the porch entrance more clearly: 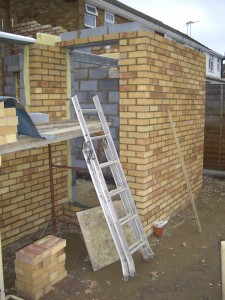 Next time: Cutting the gable ends, and the first bill…