The start of week six saw some more work from the electricians. Here you can see a few wires passing through the stud wall above the door to the WC, heading off for the lights in the utility room and the toilet. This picture also shows more clearly the flat section of ceiling at the top of the dining room, as well as batons in place for a similarly flat ceiling in the WC. That one sits a little lower than the ceiling in the dining room in order to conceal an overflow pipe out of the main house that will be re-routed:

The electricians also put in some low voltage cable runs for the underfloor heating. I’m not quite sure what these are for, but I would guess they’re either for control or feedback signals. I’m sure all will become clear when the system is fitted: 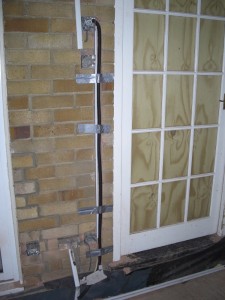 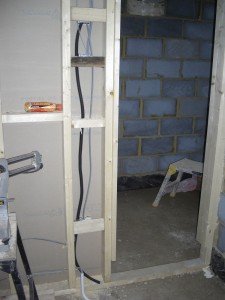 Another cable has been routed to the outside wall. Originally the plans called for an outside socket centred below the window, but it got inadvertently overlooked. As the presence of the socket is more important than it’s precise location, I agreed to place it next to the existing wiring, for simplicity: 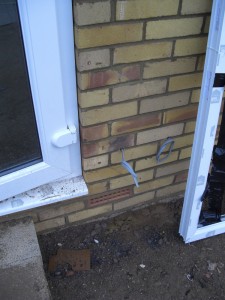 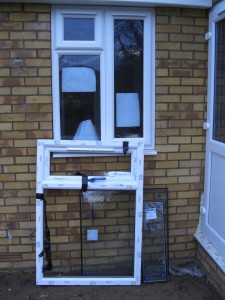 And finally the roofers were able to finish their work, adding the filler to the gable end: 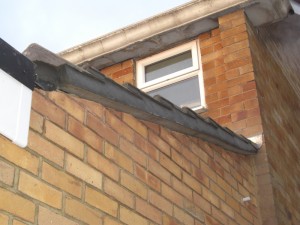 Next time: There go the doors…